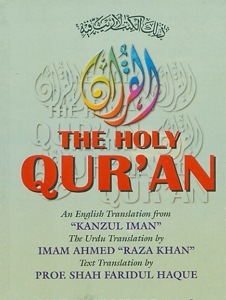 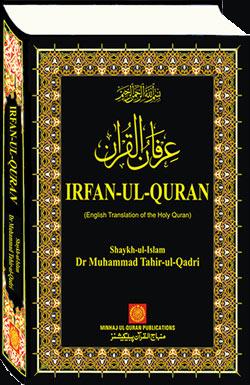 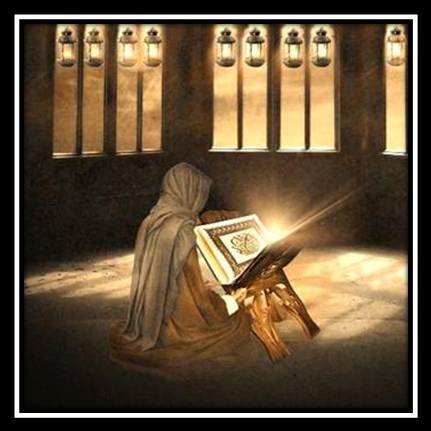 ​The Glorious Quran is the word of Almighty Allah which was revealed upon the Holy Prophet Muhammad (Peace be upon him) through Angel Gabriel (Peace be upon him) over a period of 23 years. The Quran is the most exalted books of the books sent by Almighty Allah and is a guidance for the entire mankind. It contains 114 chapters and approximately 6666 verses which explain the power of Allah, guidance for humanity and the historical events.

​​The Holy Prophet Muhammad (Peace be upon him) taught the Quran to more than 100,000 Sahaba (Companions) and from amongst them approximately 10,000 Sahaba were Huffaaz (Memorizers) of the Glorious Quran.

1. It contains 114 chapters (in arabic : Surah) and each chapter has been named

​2. It has approximately 6666 verses (in arabic : Ayah) (Number varies as per the scholars calculation)

3. It has been divided as 30 Juz which approximately in equal length for convenience in reading to complete in a month

4. ​It is also divided into seven approximately equal parts, called Manzil for it to be recited in a week.

​5. Al Quran chapters are classified as Makki and Madani. Makki suras are those chapters revealed before the hijrah, i.e. pilgrimage of the Prophet Muhammed (Peace be upon him) from Makkah to Madina. Madani suras are revealed after the hijrah.

6. The chapter arrangement is thus not connected to the sequence of revelation.

7. ​Each chapter except the ninth starts with the Bismillahir Rahmanir Rahim - an Arabic phrase meaning “In the name of Allah, the Beneficent, the Merciful". There are, however, still 114 occurrences of the bismillah in the Quran, due to its presence in verse 27:30 as the opening of Solomon's letter to the Queen of Sheba.

1. Muslims believe that Al Quran is 100% words of Allah Almighty. There are no human words mixed in Al Quran as in the other religious scriptures. ​​

2. Al Quran will not change time to time or groups to groups as in other religions. The same Al Quran is used worldwide from it's inception to now by all Muslims without any changes in it's original text in Arabic.

3. Al Quran has been translated in various languages worldwide by different scholars. In each translated language, the words chosen ​​by translators might vary, but the meaning will never differ.

​​5. Neither scribal mistakes nor scientific errors could be found in Al Quran. None could prove that Al Quran contradicts with established scientific facts until today. Rather Al Quran was the base and source for many of the scientific facts.

"Assuredly, We alone have revealed this Glorious Admonition (the Qur’an), and surely We alone will guard it."

As Almighty promised, last 1400 years HE protects this glorious Al Quran from various enemies of Islam.

​​​​Disciplines to be followed for Al Quran​

It is compulsory to respect and honour the Glorious Quran. Disrespecting Al Quran is Kufr (Disbelief)

2. ​​Also Al Quran should not be touched without the Ablution (Wudhu), however, Al Quran can be recited even without the ablution.

​​3. When a page of Al Quran tears or becomes old, then it should be wrapped in a clean piece of material and buried in buried in a remote location or kept somewhere safe. This will save the words of Allah Almighty from trampling or misusing.

4. One should not face his feet or back towards Al Quran. One should also not sit higher than the Quran, since these are all acts of disrespect.​

5. One should not keep Al Quran in the land but should be placed in the higher place in their home. (Such as Cupboard)

6. Reciting the Quran in a loud voice in a huge gathering is disallowed. The Quran should be recited softly in a gathering where many peo​ple are reciting the Quran. When the Quran is being recited aloud, it is compulsory for all those present to listen attentively. ​

7. One should cover his awrat (Intimate parts) when reciting the Al Quran. ​​It is Sunnah to cover the head while reading holy Quran.

8. ​​​​​It is Sunnah to recite "A'uzubillahi minas shaitanir rajeem - I seek protection from Allah against ​​the Devil and Bismillahir Rahmanir Rahim - In the name of Allah, the Most Gracious, the Most Merciful" before reading the verses of Al Quran.

​​​​​1. Reading the holy Quran is great Ibaadah (Worship) and looking at Al Quran, kissing it and touching it all are means for great blessings and rewards.

​It has been mentioned in Al Hadith:

The Messenger of Allah (Peace be upon him) said:

3. ​​To be a Hafiz of the Holy Quran (Al Quran Memorizer) is a very great gift and an act worthy of great blessing, but to learn the Quran and then to allow it to be forgotten is a great sin.

It has been mentioned in Al Hadith:

Narrated: Ali ibn Abu Talib (May Allah be pleased with him)

“The Messenger of Allah (Peace be upon him) said: ‘Whoever reads the Quran and memorizes it, Allah will admit him to Paradise and allow him to intercede for ten of his family members who all deserved to enter Hell.’”

4. Further much more rewards and blessings are there for those reading the words of Allah Almighty such as Al Quran will intercede for those people in the day of Judgement, their knowledge will increase, status will increase, they will be considered as best of the people, the reciter will be in the company of the noble and obedient angels and the status in Paradise will increase.

5. When confronted with a problem, turn to the Holy Quran. All your problems will be solved with great swiftness. ​

6. Learn the Holy Quran and teach it. This is the true teaching of Islam.

The Messenger of Allah (Peace be upon him) said:

"The best among you (Muslims) are those who learn the Qur'an and teach it.