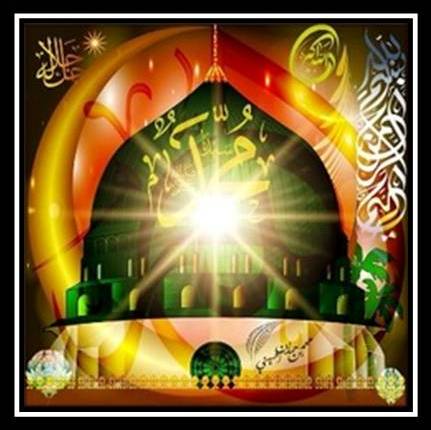 Further, Prophet Muhammad ﷺ is the last messenger of God, and the scripture Al Quran which was revealed to him was the final and only existing scripture from Allah Almighty.

Therefore, it is the main obligatory upon everyone to believe and follow Prophet Muhammad ﷺ as the final messenger of God and to follow the footsteps of him which will show the righteous path.

Prophet Muhammad ﷺ was born in Mecca (Makkah), Arabia, on Monday, 12 Rabi' Al-Awwal (2 August A.D. 570). His mother, Aminah, was the daughter of Wahb Ibn Abdu Manaf of the Zahrah family. His father, 'Abdullah, was the son of Abdul Muttalib. His genealogy has been traced to the noble house of Ishmael, the son of Prophet Abraham (Alaihiwasallam) in about the fortieth descend. Prophet Muhammad's ﷺ father died before his birth. Before he was six years old his mother died, and the doubly orphaned Prophet Muhammad ﷺ was put under the charge of his grandfather Abdul Muttalib who took the most tender care of him. But the old chief died two years afterwards. On his deathbed he confided to his son Abu Talib the charge of the little orphan.

He was most honorable and trustworthy since his childhood. He lived a moral life among the people of Makkah whereas good manners and purity of morals were rare among those people. The fair character and the honorable bearing of the unobtrusive youth won the approbation of the citizens of Mecca, and by common consent he received the title of "Al Ameen," The Faithful.

When Prophet Muhammad ﷺ was twenty five years old, he married to Hazrat Khadijah (May Allah be pleased with her) who is the first person in Islam who believed Prophet Muhammad ﷺ as the prophet when he brought the message of Islam.

For years after his marriage, Prophet Muhammad (Sallallahu Alaihiwasallam) had been accustomed to secluding himself in a cave in Mount Hira, a few miles from Mecca. To this cave he used to go for prayer and meditation, sometimes alone and sometime with his family. There, he often spent the whole nights in deep thought and profound communion with the Unseen yet All-Knowing Allah of the Universe. It was during one of those retirements and in the still hours of the night, when no human sympathy was near, that an angel Jibril (Gabriel) came to him to tell him that he was the Messenger of Allah sent to reclaim a fallen people to the knowledge and service of their Lord.

At that point, Prophet Muhammad ﷺ has started to spread the message of Allah to his people for the period of 23 years. During this time, he faced many troubles from his opponents from abusive words to death threats. Whatever the enemies did to him, he did not show his hates towards those people. He still love them and wanted to protect those people from hell-fire.

After 12 years from he was declared as Prophet, the enemies decided to kill him in Makkah. Allah ordered Prophet Muhammad ﷺ to leave Makkah and he entered the city of Madina. This event is called as "hijrah" and considered as one of the most important events in Islamic history. He was given a great welcome by the people of Madina and he lived rest of his life, i.e about 10 years in Madina.

Prophet Muhammad ﷺ passed away from this material world at his age of 63. He was buried at his home which is inside the present Masjid un Nabawi Mosque in Madina, the second holiest site of Muslims.

Prophet Muhammad ﷺ said "None of you will have faith till he loves me more than his father, his children and all mankind."

♦ Also it is the Islamic fundamental belief that the Prophet Muhammad ﷺ is Hayatun Nabi (He is still alive in his holy grave). Not only him, all the Prophets, companions of Prophet and all the righteous Muslims who martyred for Islam are still alive in their graves.

Since Allah says in Al Quran;

"And say not of those who are slain (martyred) in the way of Allah, “they are dead”, nay, they are living, though you perceive it not” [Surah al-Baqarah, 154]

The above verse says about the martyred. According to Islamic teachings, Prophets and companions are above and beyond the status of Martyred. They ranked number one and two respectively.

Prophet Muhammad ﷺ is the best role model for the righteous and successful life in this world and hereafter. There cannot find best alternative to him in the history ever. Even the non-Muslim scholars have agreed upon this.

According to renowned Christian scholar Michael H. Hart's most popular book "The 100: A Ranking of the Most Influential Persons in History", Hart attributes this to the fact that Muhammad ﷺ was "supremely successful" in both the religious and secular realms. He also accredits Muhammad ﷺ for his role in the development of Islam, far more influential than Jesus' collaboration in the development of Christianity.Let's love and follow our beloved Prophet Muhammad ﷺ in our life.

May the peace and blessings of Allah be upon our most beloved Prophet Muhammad ﷺ. 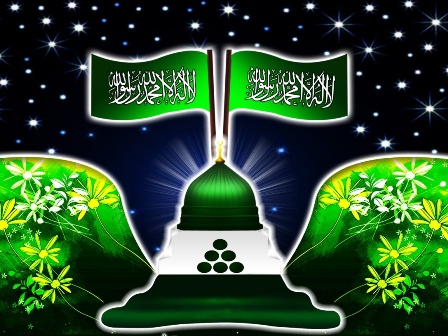