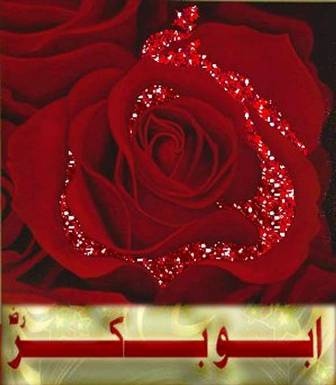 ♣ Allah's Apostle (Sallallahu Alaihiwasallam) said, Jibril (Alaihisalam) came and taking me by the hand, showed the gate of Paradise by which my people will enter. AbuBakr (RadhiAllahu Anhu) then said: “Ya RasoolAllah! I wish I had been with you so that I might have looked at it.” The Holy Prophet (Sallallahu Alaihi Wasallam) then said: “You, AbuBakr, will be the first of my people to enter Paradise”

♣ We used to compare the people as to who was better during the lifetime of Allah's Apostle. We used to regard Abu Bakr as the best, then 'Umar, and then 'Uthman.

♣ As for those having higher ranks (in paradise), those having a lower rank will look at them as you look at the stars shining in the horizon of the heaven. Abu Bakr and Umar are of them-and how excellent!

♣ Follow those who succeed me - Abu Bakr and Umar.

♣ Allah's Apostle Sallallahu Alaihiwasallam said, Abu Bakr and Umar are chiefs of the middle-aged people of paradise whether the foremost or the last with the exception of the Prophets and the Messengers. Do not inform them, oh Ali.

♣ Prophet ﷺ commanded that all the doors should be closed up except the door of Abu Bakr.

♣ Allah’s Messenger Sallallahu alaihi Wasallam said I will be the first person for whom the earth will be split (over the grave), then for Abu Bakr, then for Umar, then I will come to the inhabitants of Baqi’ and they will assemble with me. Then I will wait for the Makkans till I am assembled between the two Harmayn - Makkah and Madinah.