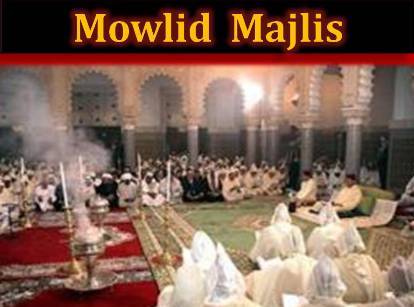 ♣ Allah's Massenger (Sallallahu Alaihi Wasallam) was asked about fasting on Monday, whereupon he said: It is (the day) when I was born and revelation was sent down to me.

♣ Thuwaiba was the freed slave girl of Abu Lahb whom he had manumitted, and then she suckled the Prophet (ﷺ) When Abu Lahb died, one of his relatives saw him in a dream in a very bad state and asked him, "What have you encountered?" Abu Lahb said, "I have not found any rest since I left you, except that I have been given water to drink in this (the space between his thumb and other fingers) and that is because of my manumitting Thuwaiba."

♣ I asked Abu Huraira “By Allah! Tell me the truth whether you heard the Holy Prophet saying, ‘O Hassan! Reply on behalf of Allah’s Apostle. O Allah! Help him with the Holy Spirit.” Abu Huraira said, “Yes”

♣ I attended the assemblies of Rasoolullah Sallallahu Alaihi Wasallam more than a hundred times,His sahabah (RA) used to recite poetry and recall affairs of the jahiliyah (pre-Islamic era). while he kept quiet except (did not forbid them) for an occasional smile with them.

♣ I saw the Prophet (Sallallahu Alaihi Wasallam)on a moonlit night, I would now look at him and now at the moon. He had over him a red robe.Indeed,he was more beautiful in my sight than the moon.

♣ 'Umar came to the Mosque while Hassan was reciting a poem. ('Umar disapproved of that). On that Hassan said, "I used to recite poetry in this very Mosque in the presence of one (i.e. the Prophet ﷺ ) who was better than you." Then he turned towards Abu Huraira and said (to him), "I ask you by Allah, did you hear Allah's Apostle saying (to me), "Retort on my behalf. O Allah! Support him (i.e. Hassan) with the Holy Spirit?" Abu Huraira said, "Yes."

♣ Allah’s Messenger (Sallallahu Alaihi Wasallam)came to me on the morning after my nuptuals. He sat down on my bed just as you are now sitting with me while our female slaves were playing the daff and recited eulogies about our ancestors who were martyred at Badr till one of them recited: And among us is the Prophet (ﷺ) who knows about the monow. So, he said to her, “Observe silence from that, but say that which you had been saying before this”.

♣ Holy Prophet(Sallallahu Alaihi Wasallam)while mentioning his journey of Miraaj said: Jibril (Alaihisalam) asked me to get off from Buraak at Bethlehem and told me to say the prayer there, after which he said: Do you know where you have prayed (O Messenger of Allah)? You prayed at Bethlehem where Isa (Alaihisalam) "was born".